Trolls are a race found on Lezaria and some of the Seven Planes. They tend to be larger than humans, averaging seven to eight feet tall and very muscular, although there are runts. Their skin tone varies between gray, brown, and green. Some varieties have horns.

In ancient days, the Lezarian trolls revered their wizards and shamans as brilliant leaders and figureheads. They had a set of magic books written in their own tongue, Astanic. But when Sardill began slaughtering all the wizards of Lezaria that he could find, it was the trolls who were hit the hardest. Magical bloodlines almost completely died out among the trolls. No one was left who could read the Astanic spellbooks. The trolls resented this, and blamed the elves for it, an ancient grudge that would be the root of many wars. 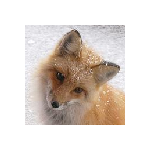